The Drilling-Ramm-Pillar – As simple as it is efficient!

The drilling ram column according to the Geopier GP3® system are columns made of gravel. The gravel is inserted into a hole pre-drilled by a screw bore and compacted with a patented “hammer” in a high layer. The Geopier GP3® system can improve soils of poor load-bearing capacity such as soft clay and silt, sloppy sands or gravel, and anthropogenic mixed-grain fillings in such a way that high-stress foundations are low on you. can be established. The improvement of the load-bearing capacity of the building ground to recordable sole pressures of more than 350 kN/m2 (characteristic) is achieved hereby.

The layer-wise vertical compaction of the introduced gravel with the special compaction head pushes the material additionally sideways into the surrounding soil, causing a tension with the soil structure and thus a very high sheath friction. The subsequent load application leads to an expansion of the column, whereby resistance/voltage is built up in the surrounding soil, at the same time with the insertion of settlings at the top of the terrain, the vertical stresses in the ground increase, which also leads to an increase in the horizontal tensions and thus leads to the lateral support of the column. The interaction between the column, the floor and the load application justifies the overall load behaviour of the building site improvement.

The column and the reinforced soil structure enable an effective reduction and homogenization of settlings and support of highly loaded foundations and floor slabs. 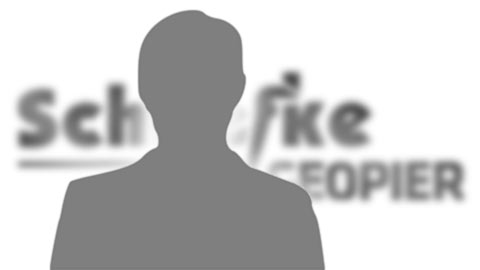 In the following sketch, the production of a drilling ram column is schematically recorded.

In the first step (a) a borehole with a nominal diameter of 0.75 m is produced by means of a screw drill (with drill material conveying). Next, a column base of gravel, which is about 0.30 – 0.50 m thick, is inserted (b) and compacted with the help of a tailor-made steel compaction device (c). The column is then made of a well-graded coarse grain with a thickness of approx. 30 cm to 40 cm (compressed layer thickness) (d) to the bottom of the foundation, wherein each layer is compacted sufficiently long (approx. 10 s to 15 s). Due to the vertical ramming with the specially formed compaction head, the gravel additionally penetrates into the surrounding ground (d) where the adjacent soil is displaced on the side. The surrounding soil matrix is thereby compacted. The column diameter is therefore also determined by the stiffness of the upcoming soils. In horizons of lower stiffness, larger column diameters occur, conversely, smaller diameters (min. 0.75 m) are to be expected for stiffer soils. Inhomogeneities in the building ground are compensated in this way. 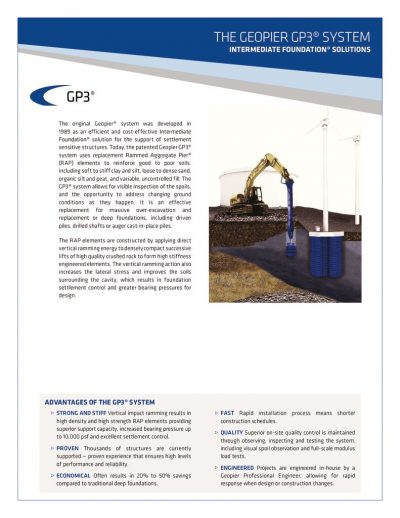 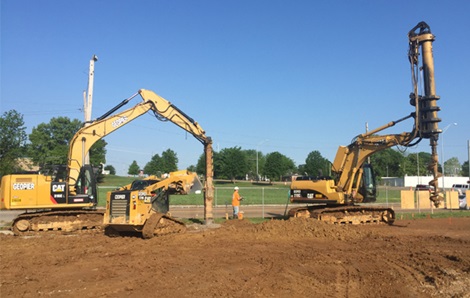 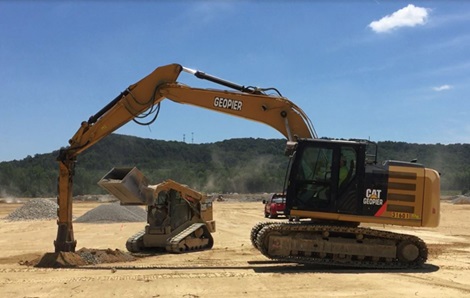 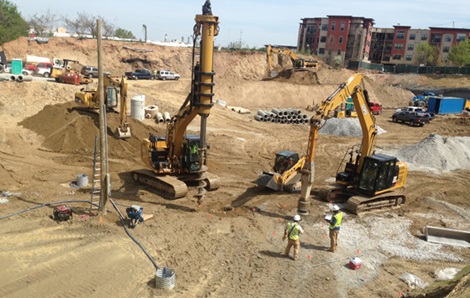 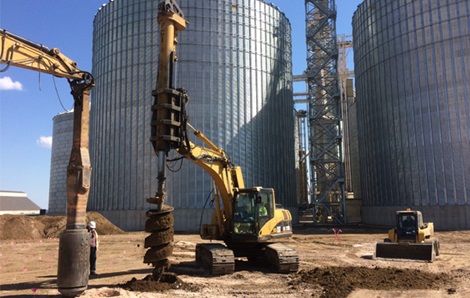 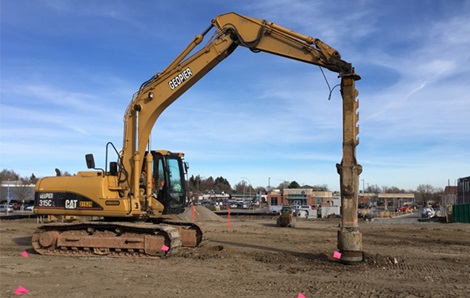 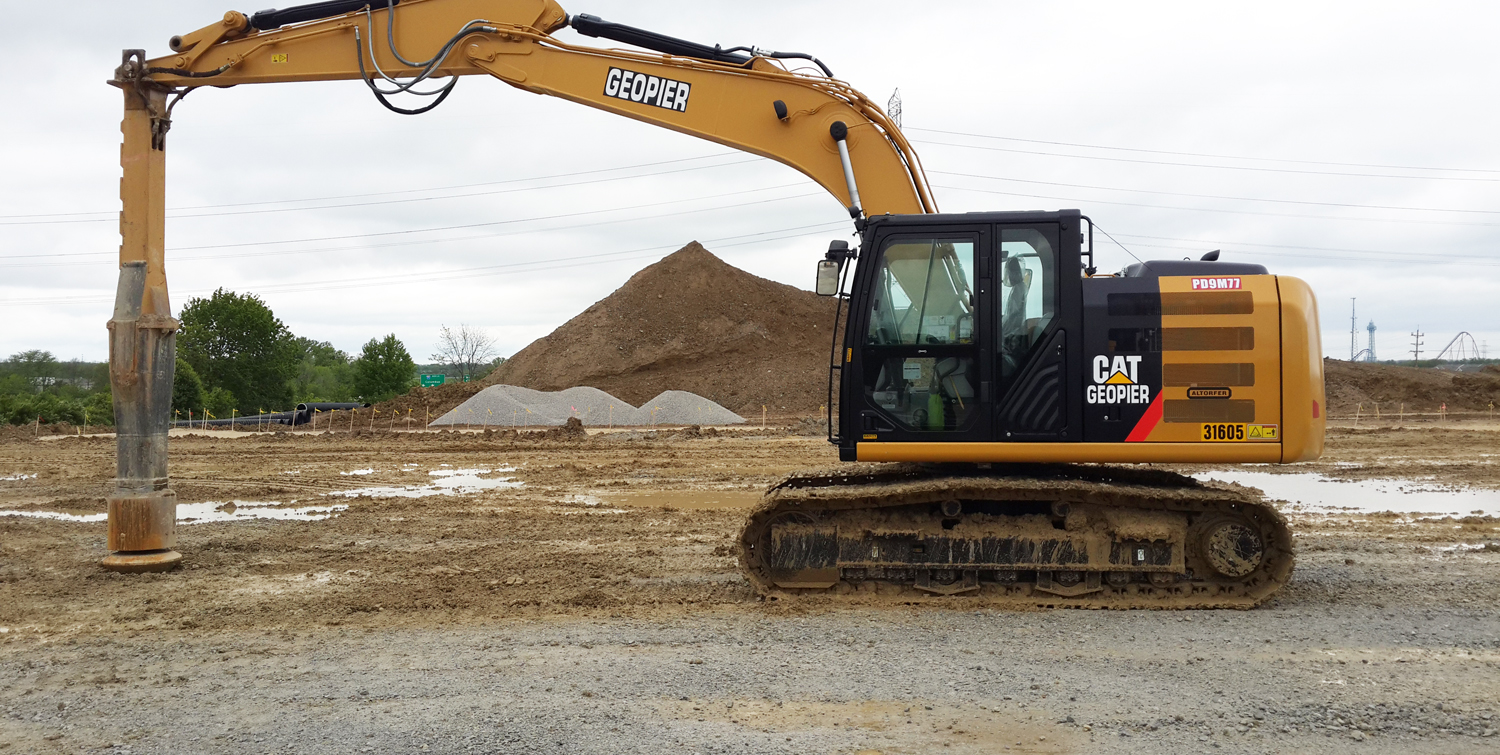 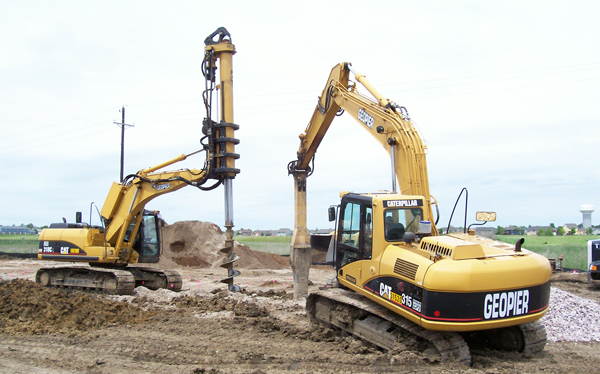 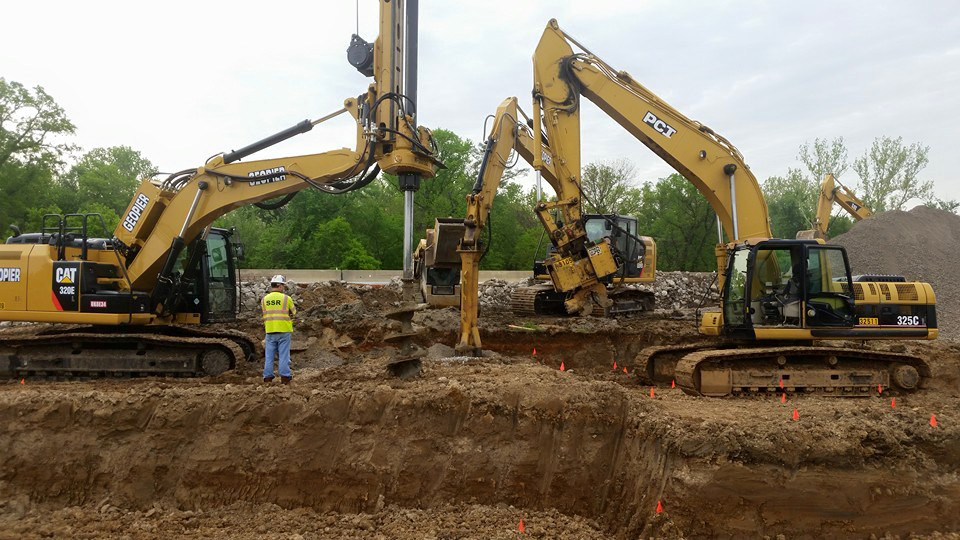 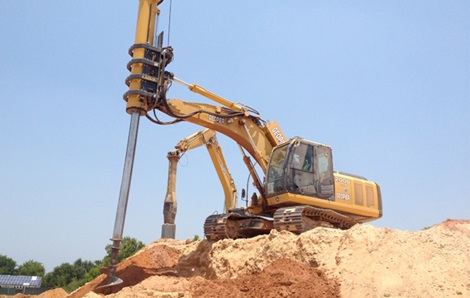 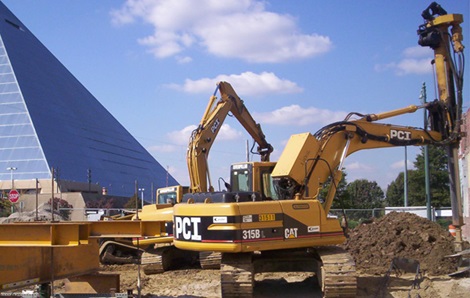 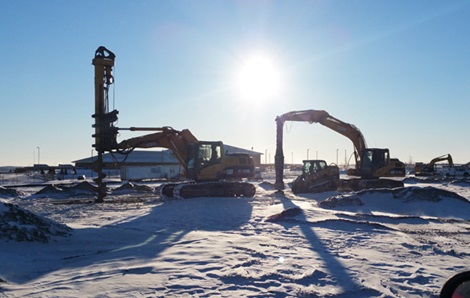 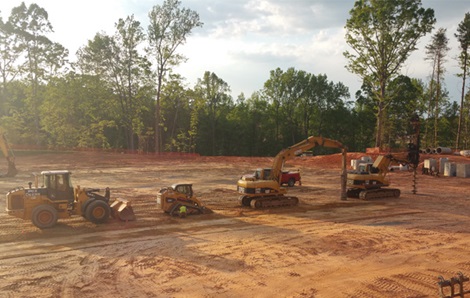 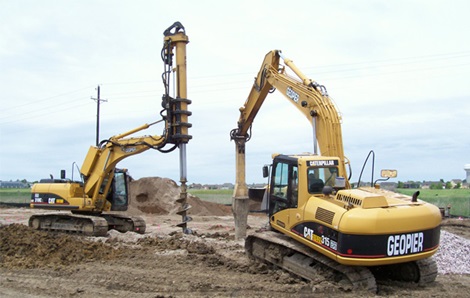